In stock
SKU
FJCMA
Be the first to review this product
Special Price £67.49 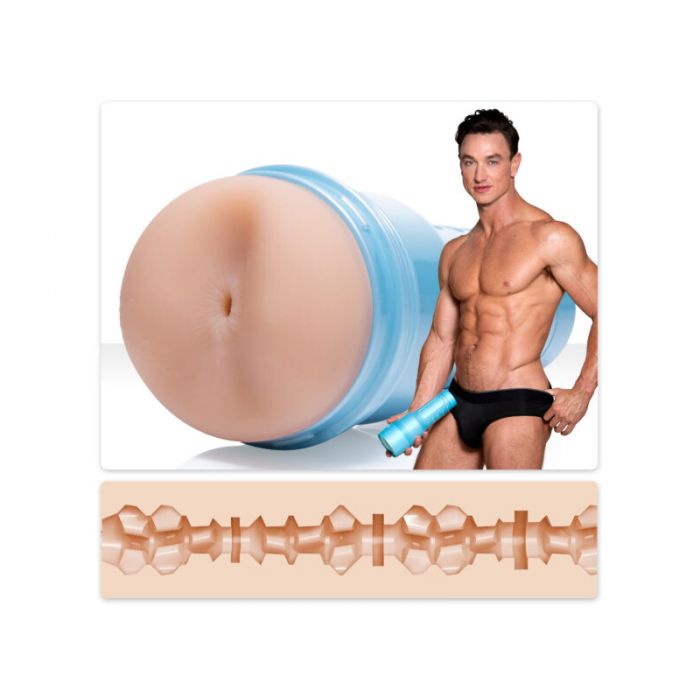 His Fleshjack is made with an intricate, multi-chambered texture that includes smooth-edged ridges, three ultra-tight corridors, and multiple air-slits strategically placed throughout.

This masturbator is also made with realistic SuperSkin material that feels just like the real thing.

So go ahead and let your fantasies become reality with the Fleshjack Boys - Cade Maddox Alpha Masturbator!

Cade Maddox is a southern gentleman known for being one of gay porn’s hottest stars today. Together with his studly appearance and slight country drawl, it almost seems like he waltzed in straight from filming a Hollywood western to a porn set.
Born and raised in Southern Mississippi, Cade grew up in a conservative, religious household and was expected to attend church several days per week. Known as a popular boy in high school, he was crowned as “Most Handsome” during his senior year prom in high school. During this time, at 18 years of age, Cade finally “came out,” announcing to his family that he was gay.
Just a few short years later, Cade became one of the most popular and successful performers in the business. His story began in 2017; while visiting his mother in Cincinnati, he was discovered by Jason Sparks (Jasonsparkslive.com), and they traveled together for six months, filming with guys in hotel rooms all over the country. He eventually ventured off on his own and has since filmed for some of the best studios in the industry, including Men, Falcon, CockyBoys, and Icon.
At this stage in his career, Mr. Maddox has taken the industry by storm. In addition to winning the GayVN award for 2020’s Performer of the Year, Cade has also been nominated for Best Newcomer (and Hottest Newcomer in the Fan Awards) at the GayVN Awards; picked up a whopping eight nominations at the Grabby Awards, as well as nominations for the Cybersocket and GayVN Awards.